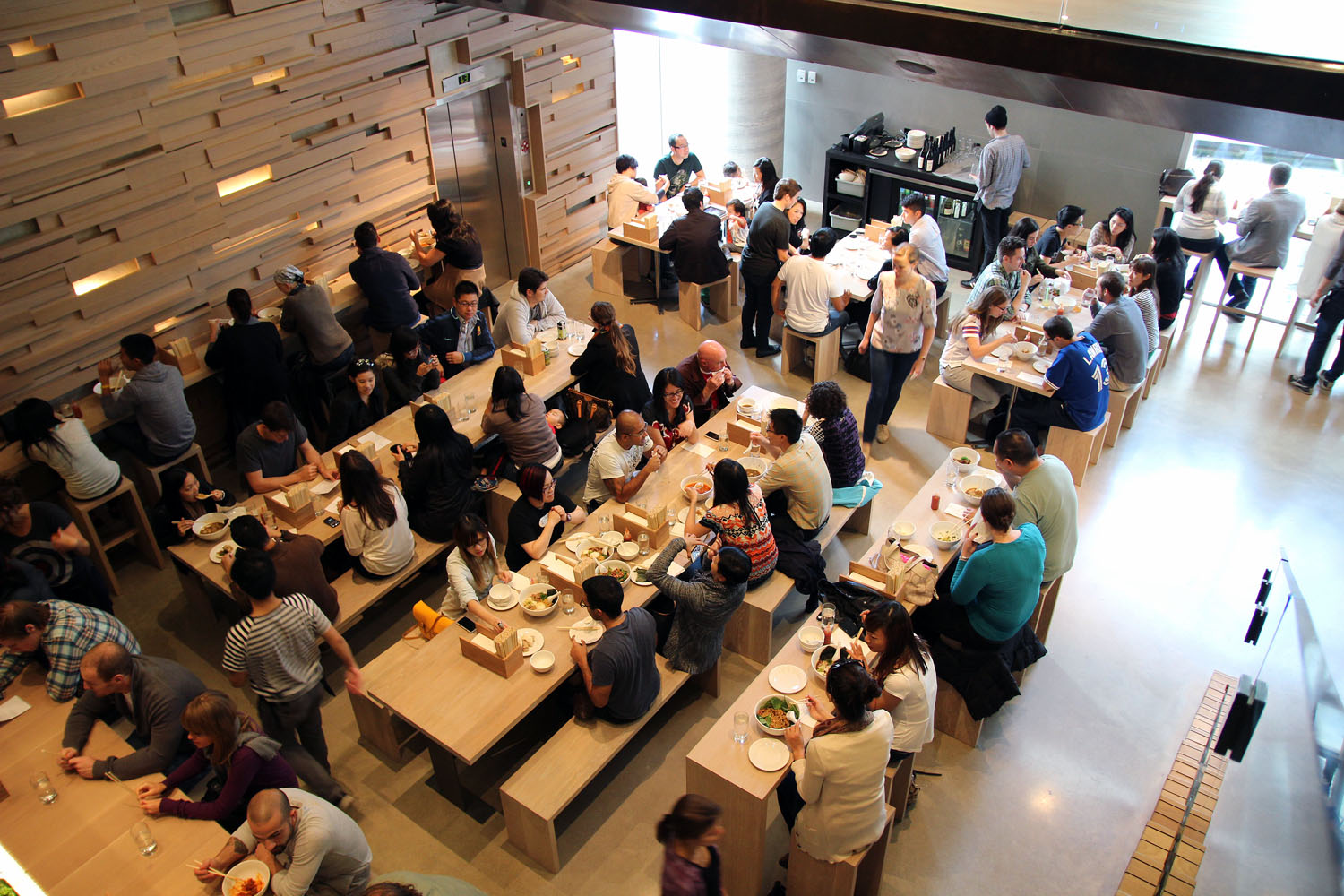 There’s a visible trend of communal seating in the dining world, especially at fast casual restaurants like Dig Inn. At first I wondered if the Sharing Economy had gone too far – taking out seating real estate just like WeWork has small businesses share conference rooms and kitchens. Are these businesses just squeezing out more dollars per square foot or actually adding social value? I suspect that Dig Inn is just using timely positioning for its foot traffic goals. But others like Coup, former bar and now a pop-up bar, have leveraged the communal seating for a actionable social good.

At Coup, 100% of profits go to non-profits, including those de-funded under the Trump administration. Patrons each received a token per drink with which to vote on featured charities by placing chips in jars placed along the edge of the room. Social interaction is encouraged by placing the jars on ledges behind tables. Did ideas end up being exchanged between strangers? Possibly on occasion. Whether it worked or not, I endorse the concept. And whether it happens or not at Dig Inn, I’m still eating their delicious meat balls and roasted sweet potatoes.