All segments of the leisure industry seem to be having the same idea simultaneously – how can they make your travel experience more seamless. We all want to get the most out of each day, and to minimize the decision fatigue that degrades our experiences. Five companies stand out in their moves to integrate technology into a traveler’s day-to-day.

1. Before you go – KLM has your back with its voice-driven packing assistant 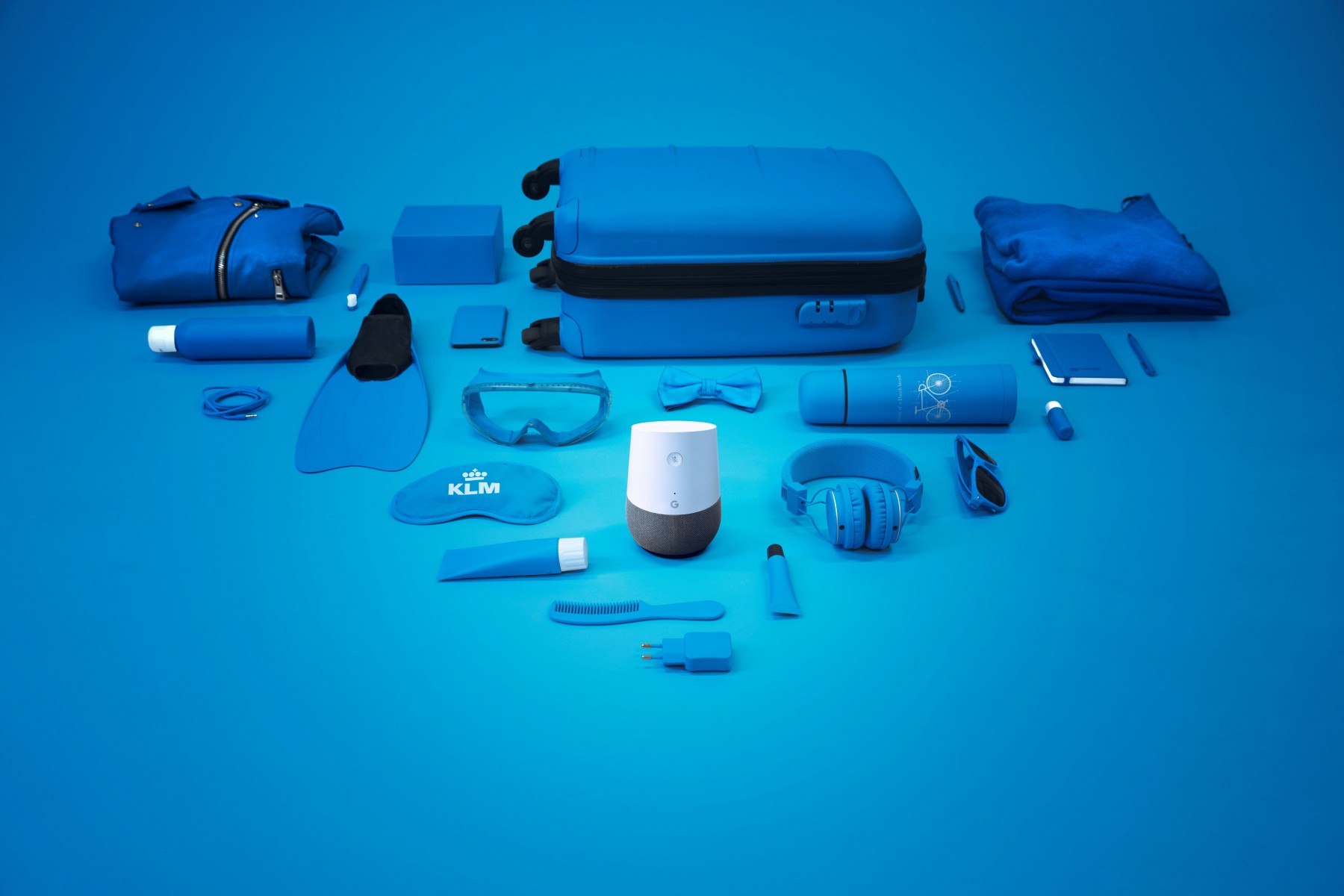 Just let service bot BB know where you’re going and when you’re leaving, and she will walk you through packing, piece by piece, equipped with silly pre-programed jokes to let you know bot makers have a sense of humor, too. Enabled by Google Home.

2. When you arrive – voice-driven concierge service in beta testing at Best Western

Best Western is testing out Amazon Dot for customers and staff, to quickly customize in-room experiences, from wake-up calls to room service requests.

3. For work trips – work from the shower 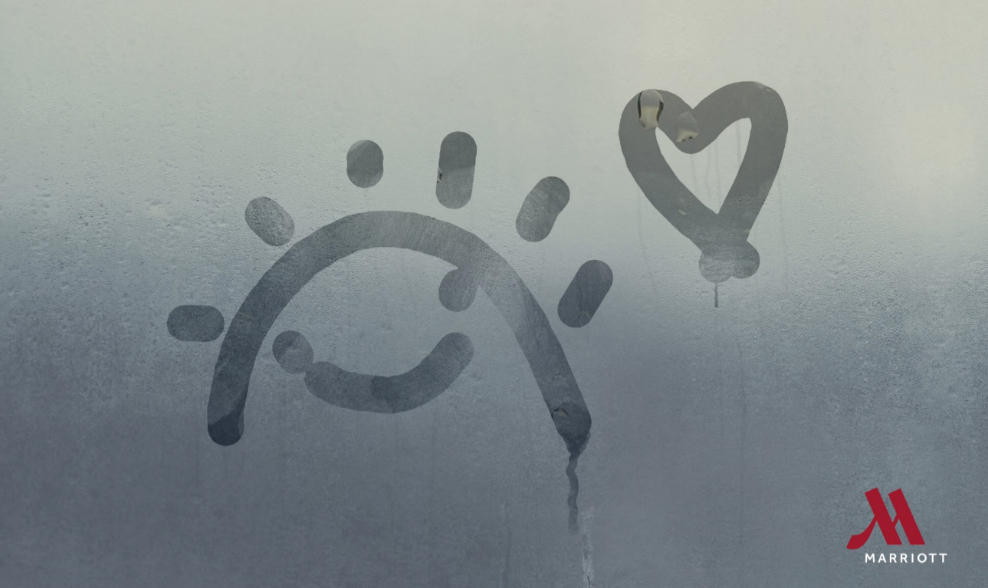 For those on a work trip or who are looking to create on the go, Marriott is beta testing a technology to whiteboard in the shower.

4. Also for work trips – work in a co-working space

Carnival Cruise has created the Ocean Medallion to provide customized experiences and recommendations based on your profile and location on the cruise ship.

A few months ago I decided to pop the hood on the massive machine that is Google AdWords, to explore what success it could bring to someone who is not trying to sell something. And what have I learned $250 and several support team calls later? A few things.

My last post revealed what Google provides its customers that it does not provide it’s product users. This second post walks through why Google’s whole infrastructure does not promote free engagement. Rather, in its decade-plus of internet dominance, Google has constructed an elaborate network of tools that first and foremost serve to extract money from users.

Below is a summary of my experience, and what you might expect if you’re a customer outside of the e-commerce category.

“No, I have no commercial goals. My goal is to maximize engagement and views,” I shared in my AdWords on-boarding. I could almost hear my rep’s brain reporting “does not compute”. The momentum of our discussion lost steam as she realized that indicators prominently featured in Google Analytics like lifetime value, acquisition, and e-commerce performance were not relevant for me. As the length of the tutorial session increased, the relevance of advice seemed to decrease. I chalked the untargeted advice up to a roulette serving me up a time-crunched newbie. In that respect, the inconsistency of advice across advisors was not surprising. The second rep I spoke with advised me to cut many of the peripheral terms I’d added in the co-build with the first advisor. “Maybe people searching for avocado toast aren’t just on-target millennials – they may really want a recipe,” he reasoned with me, and I was swayed. He spent time leafing through my blog to understand my unique goals, gaining street cred points as he went. Yet in recommending that I re-organize my blog to look more like a media company to improve click through rates, he still anchored back to the commerce world.

I got the impression that each Support Team rep had there one or two tricks that they focused on for non-commerce people, e.g. adding a “+” in front of keywords to broaden the applicable search pool. While it is nice to be able check your key words and tagline concepts with someone better versed in the ins-and-outs of online marketing, none seemed to have the mental flexibility to conceive of how best to promote a non-commerce site.

The AI isn’t optimizing for engagement either

After the little lesson in avoiding mutually disappointing clicks, this became the lens through which I evaluated the AI suggestions for keyword additions – which all were equally missing the mark. It wanted me to add keywords like “best reads of 2017” when my book reviews are selective deep dives. Based on the advice of AdWords human employees, I dismissed most suggestions as “cheap clicks” that did not consider quality. I also kept getting promo pop-ups for new functionality that had no clear value added – which gave me the feeling of *shrug*.

It’s not all on Google

Advisor #2 did give the savvy advice that the most important thing to watch is behavior. How long do users stay? Which pages do they visit? How quickly do they leave? Looking more carefully at behavior has shown that practical posts – like the WageWorks maximizing post and the Deep Work summary – have drawn the most attention. Insightful as this nugget was, it’s the same lesson that has led me to pull the plug on the campaign. All for the simple reason that Google didn’t seem to be driving people to me in a sticky way. Of course it’s my job to make the content worthwhile. And it is also Google’s job to find those needles in the haystack that want my content. At least that’s what they claim to be selling through “targeted” advertising.

While I have enjoyed a nice spike in RSS subscribers since last winter, the lull preceding this occurred during my posting hiatus and picked up before my AdWords experiment.

Yes, I did get a few more clicks than without advertising.

When I cut my ad campaign spend by two-thirds in March, the number of users fell by only about half, and my loyalty rate actually increased. 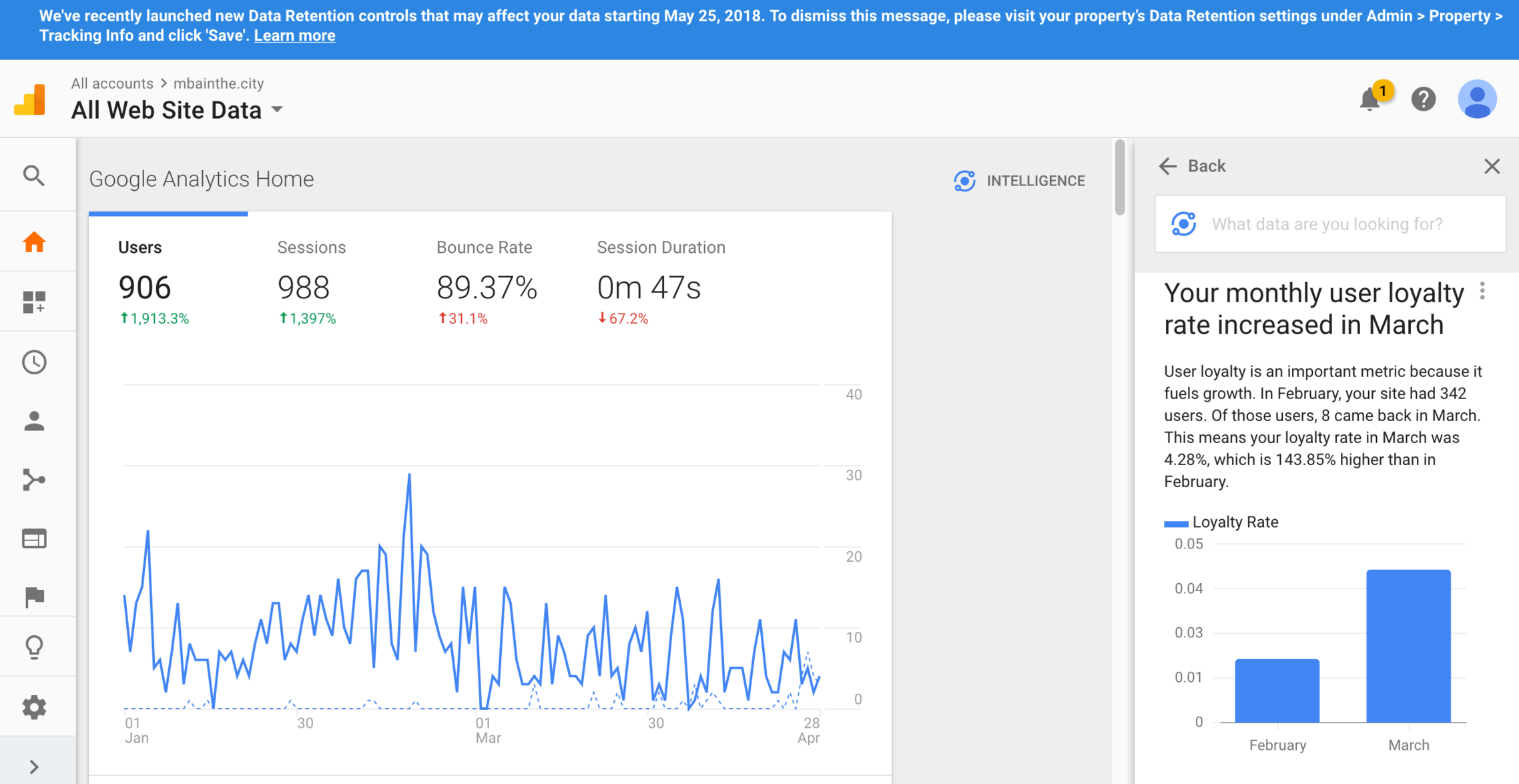 As visits from AdWords clicks remained under a minute on average, I saw some growth in the number of repeat visitors (the light grey segment). This suggests that my most engaged visitors are finding their way back organically. 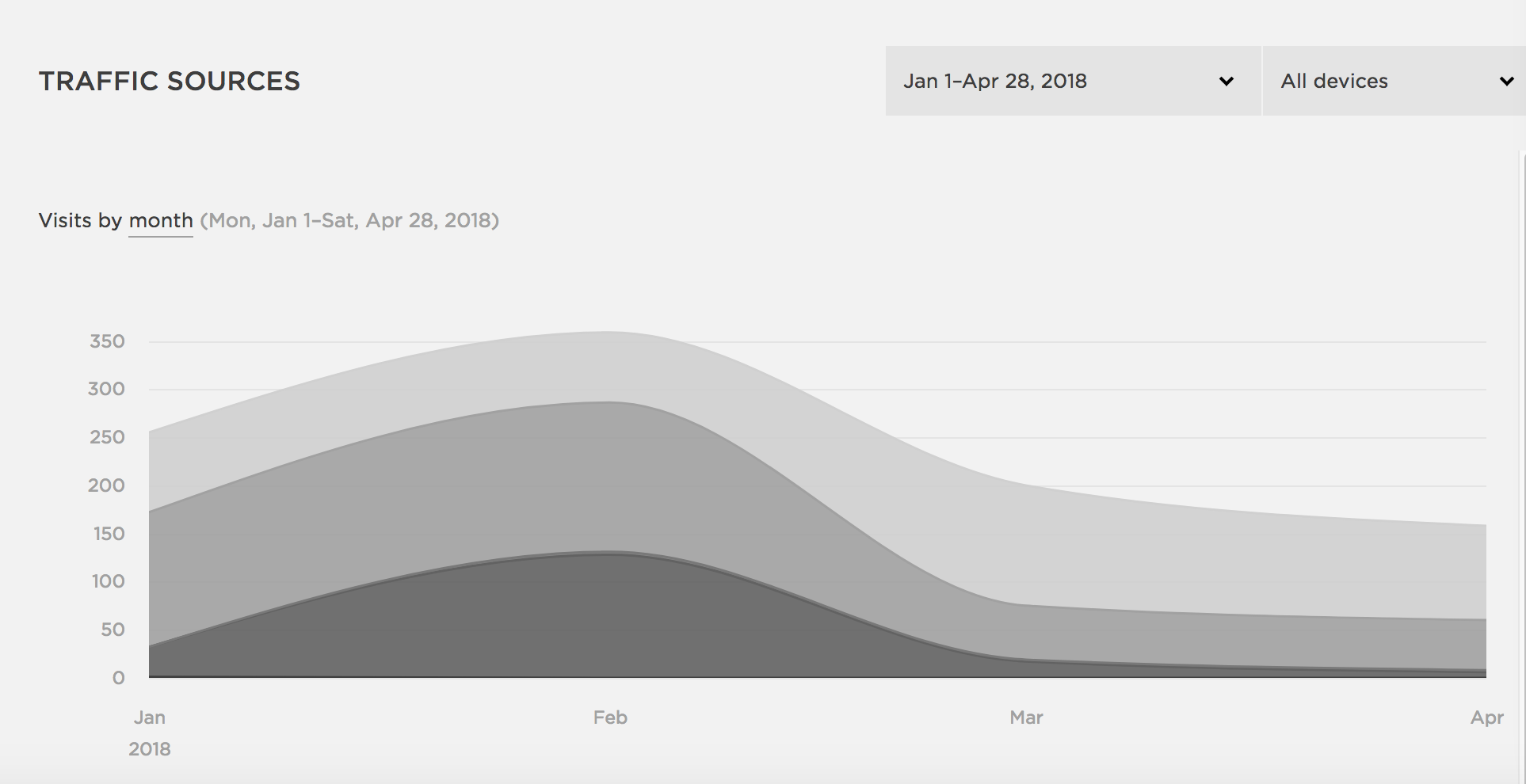 So I’m going to revert to the old fashioned way of advertising – word of mouth.

Learning that I can’t benefit from AdWords unless I’m trying to sell something taught me a larger lesson:  the magnitude of influence that Google has had on creating the system of commerce that defines the internet. Rather unlike the original utopian vision of the internet serving to democratize knowledge, the structure of today’s internet clearly favors certain business models over others; the internet supports the lucrative websites, not the thoughtful ones.