The Millennial generation, often decried for not wanting to take individual responsibility, is sending its reply loud and clear: “You first”.

The year is 2018. Recent hits like “We Ain’t ever Getting Older” have topped the charts by hitting a resonant chord with youths who want to push off adulthood. Any yet, the Millennial generation being referenced has fully graduated into the workforce. And in this very same moment, corporations and their key individuals are being called to account, often by Millennials — and the call is being heard. A wave of corporations and governments have been taking responsibility in a manor not previously seen in the Millennial lifetime.

From the Reagan era through the Financial Crisis, the silent message has been that corporations can do as they please, and expect to suffer a slap on the wrist at worst for infractions against society. Today, in the throws of the #MeToo movement, individuals are not only being called out, but called to account, with nearly 100 perpetrators now dethroned. Whereas no traders went to jail for fraud after the 2008 Financial Crisis, Elon Musk was immediately taken to task by the SEC for manipulating the stock market, losing his board position at Tesla for 3 years alongside a $20 million fine. This trend begs the question, are the masses successfully calling corporations and regulators to finally take responsibility for the excesses of the free market? And if so, what, in the last couple of years, has suddenly given corporations and the government the moral backbone it has seemingly lacked for decades? Perhaps the very generation that is said to avoid responsibility is demanding responsibility from the entities that govern it.

Have millennials brought about a new era of capitalism and government oversight? Certainly there is evidence on the corporate front. Where politicians have shied away from hot button issues, corporations have increasingly taken a stand for what they believe will benefit society. For example, following yet another school shooting, Delta’s CEO publicly stated “Our values are not for sale”, cutting ties with the NRA. There were political consequences: the Georgia legislature promptly punished the company by repealing a $40 million tax break. Yet Delta’s public perception improved. The brand was enhanced globally for its stance, and its stock price was left unaffected.

Is Millennial purchasing power to thank for this growing trend? More and more, Millennials express their views by voting with their wallets. Responsive corporations are largely seeing a net to fully positive financial bump from taking social action. Nike’s Colin Kaepernick ad, supporting the ostracized football star in his protest against police violence, resulted in a 31% jump in online sales, a much stronger performance than typical Labor Day sales. While the government does not seem interested in better regulating itself on this issue, perhaps it will better regulate equally unjust corporate behaviors.

Is government primed to take the same social cues as corporations are, and increase restrictions of antisocial corporate behaviors? As with corporate acts of social responsibility, customers have shown their support of impactful government regulation with their wallets. Google’s share of the European ad market jumped on May 25th, thanks to their swift and clear compliance with GDPR data protection policy vis-a-vis their competitors. In the case of Elon Musk and the SEC noted above, perhaps the SEC is seeing the social proof that if corporations can win public support by taking responsibility, perhaps they can to.

Are corporations finally starting to play a longer-term game than this quarter’s profits, thanks to consumer pressure? Industries such as entertrainment are rapidly asserting newfound standards even in the face of guaranteed financial loss, for fear of the impact to public opinion, now heavily steared by Millennial social media presence. Roseanne Barr’s racist tweek led to the immediate cancelling of her TV series relaunch. Several theater companies canceled the plays of Israel Horovitz following a multitude of sexual misconduct allegations. While such allegations against Horovitz had been raised decades before, only now are theater companies dealing with the issue in ernest.

Is it a coincidence that the voice of corporate social responsibility is being heard and acted upon so visibly today, across industries and sectors? Has something changed that makes the voice of the public more consequential than in earlier years? Perhaps a hot job market combined with a multitude of brand choices are forcing corporations to compete like never before for market share, mind-share, and talent. Perhaps the sense of heightened political vulnerability with the dramatic switch from Obama to Trump, undergirded by continued social dissatisfaction, has motivated government to keep powerful companies somewhat more accountable, at least for the most visible issues. Whatever the cause, the dramatic nature of this tonal shift stands in stark contrast to the status quo even a few years ago.

In the lifetime of Millennials, corporations have been deemed to have personhood, with rights to free speech, including political spending. At an individual level, such rights come with responsibilities. Corporate responsibility, in the last few decades, has largely been limited to shareholder obligations. At the corporate level, it is only in the last few years that individuals are being held accountable by leadership. Millennials, have instilled a new brand of social responsibility, that includes what companies owe to the public. Without it, companies put their clients and talent pool at risk. Even with the alarming amount of economic dislocation, many have found hope for capitalism, as corporations are starting to take responsibility rather than avoid it. 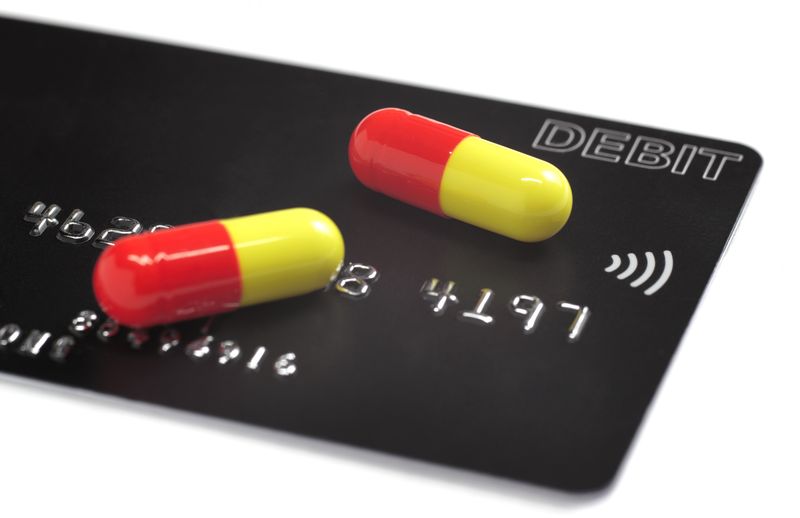 CVS recently announced its Pharmacy Savings Finder, a tool that promises to identify the cheapest version of a medication that a patient can buy. Essentially, they are promising to do comparison shopping for you. It seems to be a long awaited counter to a four front battle. Not only is CVS competing with other pharmacies, but also online Rx websites, startups and, more recently, large corporations.

Long before CVS’s Pharmacy Savings Finder, there was Walgreens’ Prescription Savings Club, Walmart’s generic prescription program, and various other brick-and-mortar players offering to find savings for consumers. So why the sudden urgency to take action and join the price wars? The rising cost of healthcare is not new news, and remains a chief concern for the poorest and the sickest. One possible catalyst appears to be the proactive industry invasion by mega-companies that are starting to feel the exposure to healthcare cost risk. I’m referring to the largest titan team-up in history, announced in January, with Amazon, Berkshire Hathaway and JPMorgan Chase. The three promised to form an independent healthcare company that will provide, among other things, cheaper drugs. Amazon’s acquisition of PillPack, a startup that mails prescriptions to people who take multiple medications, has further signaled that competitive pricing and industry-leading speed may be on the way to a historically manual and expensive service.

Up until this year drug store pharmacies had clear competition for each vector, quality of service and price. Launched in 2016, Capsule Pharmacy’s value proposition included consistent inventory, shortened wait times, and better access to medication information. And for years vertical search offerings online, such as WellRx or Q1Medicare.com, offered a quick scan by drug, category, or discount program to find the best price. These are classical positionings in the business world; low price, high volume, and basic service means thin margins but leads to larger market share. Distinctive services can allow companies to justify a higher price and be profitable but with fewer customers. Now, with mega corporate partnerships, traditional drug stores most compete more effectively on both service and price.

Perhaps this is the shakeup that the Pharmaceutical industry has needed. Operating health services with a profit motive as the primary impetus can only lead to worse health outcomes for patients. With nontraditional industry actors motivated by the health of their employees shaking up the status quo, we can more easily hold traditional industry players to account.