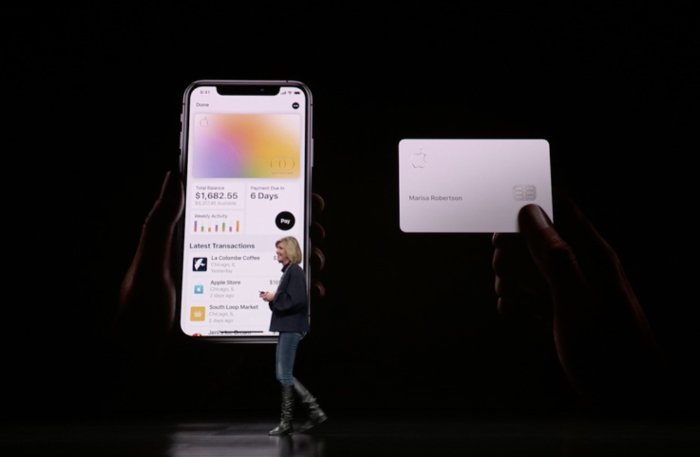 Apple has been at the leading edge of the consumer technology industry for decades, earning itself a reputation for creating the “new normal” in product areas ranging from personal computers to mobile devices. This week Apple announced a foray into a new category: credit cards. Once again Apple has positioned itself as raising the standards of what consumers can expect in convenience, quality, and security – the Apple trifecta.

Apple has long branded itself as a prescient company, one that knows how to “skate to where the puck is going, not to where it is” – a Wayne Gretzky quote Steve Jobs loved to borrow. This meant defining what consumers want for them more than with them. In the early 2000s, Apple was the first to do away with CD ROMs in favor of USB drives. Consumers transitioned with external CD drives and soon did not miss massive CDs at all – and PCs quickly followed suit. In the last ten years, having a sleek phone that responds to gestures via a touch screen became a standard rather than a luxury, also thanks to Apple’s influence. And now, in a new sector, notorious for high fees, high security risk, and general opacity, Apple is busting up the old model with a clean, user-centric option: Apple is brining virtual credit cards to consumer finance.

Apple has cleaned up several pain points for consumers with the Apple Card in one fell swoop: complexity, hidden costs, and vulnerability to theft. Standard credit cards offer complex points systems, with varying thresholds for earning and redeeming benefits that require a fair bit of math to evaluate the value of. Apple provides a simple, real-time cash back system based on your spending. It also removed ATM and other fees, and is entirely transparent about interest rates. It promotes consumer health by visualizing the distribution of your weekly spend. And because it produces a randomized card number for each transaction, there is little risk of card theft.

Many companies have tried to provide these services in a piecemeal fashion to consumers. While Apple is increasing convenience by bundling all of these services together, the real disruption to the industry is Apple’s challenge to the standard business model of countless fees and selling consumer data. While you may love Mint’s free breakdown of your spending and credit status, you may not love that they package and sell your data to hedge funds. Simple, a banking and budgeting tool similar to Apple Card’s financial management tools, helps consumers contain their spending with recommended spending limits – but it does so at a premium to other banks. Apple is offering more for less: a comprehensive service that doesn’t cost you a pound of flesh or your privacy. Like Apple’s aesthetic, its revenue model is clean, based on simple, low transaction fees.

Much like the CD ROM sunset, there will be a period of transition. For example, hotels will have to figure out how to charge a reservation across multiple card numbers, from the time of booking to the time of checkout. Websites requiring the last four digits of your credit card to validate a transaction will also pose a problem. Yet the alternative is the wildly complex fee system and data selling of modern banks that we’ve all grown to know and hate, limited only by regulatory oversight. Surely Apple’s full service, low-fee offering will be refreshing to consumers. As a non-bank, Apple is unencumbered by bad business model norms, and holds the potential to help the average American reduce its significant debt. With such aligned interests with consumers, Apple’s competitive offering is likely going to create a forcing function for traditional banks to stop milking consumers for all they can and instead pushing them to provide real value to consumers, regardless of income. Apple is well positioned to win consumer confidence and, once again, define a new normal that is higher quality than the dated standard credit card model.