Nations across the world are lambasting Brazil for the rising rate of deforestation by forest fires. Images of the blazing infernos across the Amazon are viral on every media outlet. Surprisingly, most coverage frames the issue as a political one rather than an economic one. The focus remains on Bolsonaro’s right-wing politics, and the social injustice to indigenous communities being driven from their lands. Yet few ask why burning the rainforest seems to be the best economic option for so many farmers and ranchers. A candid look at Brazil’s economy and the nature of this classic policy problem point to both the central issue and some possible solutions.

One of the most unequal economies in the world

The Gini coefficient is the World Bank’s choice indicator of social progress. It measures income distribution, where 0 represents perfect equality (i.e., everyone has the same income), and 1 represents perfect inequality (where one person has all the income, and everyone else has no income). In May of this year, Brazil’s Gini coefficient rose to 0.627, just shy of it’s 1989 record of 0.633, when Brazil was the 2nd most unequal nation in the world. This marks a huge regression from their decade below 0.55, and it’s 2018 level of 0.51. In other words, more people are worse off this year than last.

The international community is doing its best to apply economic pressure rather than ease economic suffering as their chosen solution. And it doesn’t seem to be working. France threatened to scupper the EU – Brazil trade deal over the Amazon fires. Yet with the US – China trade war heating up, Brazil has another big market to sell its soybeans and cattle to.

So the EU tried offering a carrot with its stick: $20 million in aid to help fight the fires. To put that in context, the world’s richest nations just offered 1/6 of what Juicero raised to help combat the Amazon wildfires. It’s a literal drop in the bucket.

But none of this is surprising, because the benefits of burning the Amazon are concentrated and the cost are dispersed.

Economic benefits and costs can be both concentrated to certain individuals and small groups, or dispersed to the public. Different archetypal social behaviors emerge with each combination of costs and benefits. The most challenging dynamic is the tragedy of the commons. The tragedy of the commons occurs when individual actors overuse a public resource. It’s what causes over-fishing or drinking water pollution by factories. All the benefits flow to the individual or company. But the costs are so dispersed that no individual baring just a fraction of the cost has enough incentive to take counter action. Hence the richest countries in the world offering Brazil only $20 million to fight Amazon wildfires. That’s their willingness to pay as individual countries for the global benefit of mitigating climate change.

How tragedy of the commons is (usually) solved

To overcome the tragedy of the commons, most policy makers try to emulate a market place. Governments try to create concentrated costs to match the concentrated benefits. They typically do this via privatization or regulation.

Privatizing public resources is thought to create a sense of ownership that incentivizes long-term maintenance of those resources. This has worked for U.S. forests: privatization has led to sustained growth for about 50 years. Because loggers never want to run out of trees on their allotted land, more than 90% of U.S. paper comes from high-yield, rejuvenated forests planted for harvest. Fisheries have also tried privatization in the last two decades, with notable successes. The Mid-Atlantic Fishery Management Council privatized harvests of two species. This led to sustaining yields while cutting the number of boats needed by 90%.

“Privatizing the commons may not work in a lot of cases. The incentive to chase a quick buck may outweigh the financial and social rewards of long-term stewardship. Ownership is not necessarily stewardship.”
– David Brodwin, cofounder of American Sustainable Business Council

So let’s suppose that privatization is off the table. That leaves us with regulation as a second option.

Governments protect the commons by restricting resource extraction, using quotas, permitting systems, and bans. Brazil historically implemented restrictions on rainforest abuse, but enforcement has decline. Further, Bolsonaro signaled through his campaign and his environment minister selection that it is open season in the Amazon. The downward trend in government spending further suggests that environmental regulation enforcement will continue to decline. 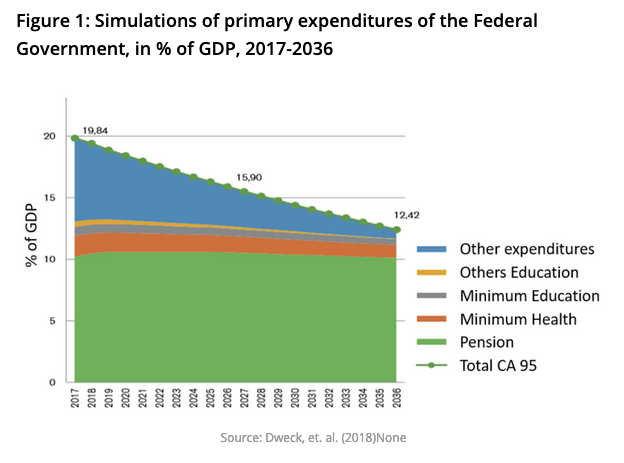 The likelihood of the current Brazilian administration using policy tools to solve this tragedy of the commons is low. But it’s worth remembering why the Amazon is being burned in the first place – money. Perhaps the west’s $20 million pittance needs a few more zeros behind it, and needs to be directed at those actually starting the forest fires. Money is a blunt instrument, but it seems to work for organizations like Kiva, a microfinance match-maker that has distributed $1 billion in loans to 2.5 million recipients. They create an average of 1.2 jobs per loan. GiveDirectly is another example of cash donations changing lives. Sustainable livelihoods and sustainable environmental treatment do not have to be mutually exclusive. We need to be more targeted in our interventions, by directing funds to those who need it most. 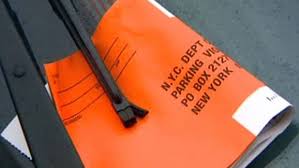 Parking tickets are almost a right of passage for drivers in New York. An estimated $440 million in revenue is collected by NYC annually via parking tickets. Put another way, that’s ~$50 per New Yorker. This raises a question about incentives: are New Yorkers incentivized to violate traffic laws by the City of New York? Do ticket recipients usually feel pangs of angst and injustice at the site of the orange envelopes, or are they more often calculating whether it’s the lesser of two evils?

Let’s look at the specific example of street parking. Is it, in fact, often cheaper to rack up parking tickets than to pay monthly parking garage fees?

Suppose you are choosing between free street parking and a parking garage. Let’s assume you live above 96th Street. Parking garages above 96th cost a minimum of $300 per month, plus tax. 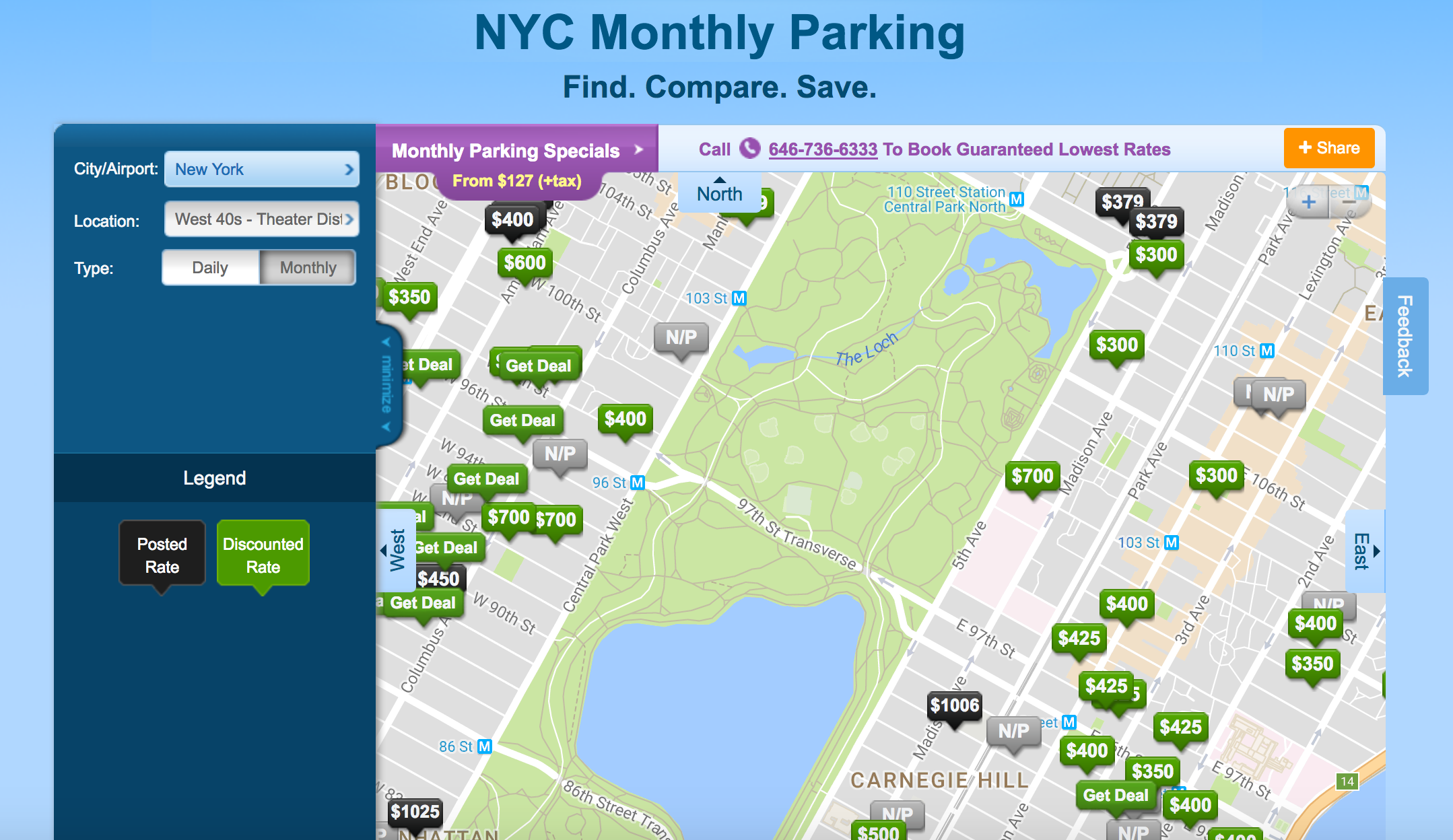 Let’s suppose also that you only use your car on the weekends, and that it is easier to find street parking on the weekends, so you leave your car in its spot during the week. But during the week is when street cleaning is happening where you parked. That’s a $45 ticket for each Alternate Side Parking violation. Yet even if you do this week in and week out, you may still find that your pile of tickets adds up to less than a garage.

Below 96th St, at $65 per ticket, your violations would add up more quickly, and yet still may be less costly than many garages. As the image above depicts, the expensive park-front garages seem to be anchoring around $700 p.m.

It is entirely possible this dynamic is a total unintended consequence in the NYC system. And the Department of Transportation is certainly making strides to create a better user experience: they recently made it easier to dispute tickets with a user-friendly app! No need to see a judge to raise a dispute now. This could be especially helpful for out-of-town friends who get slapped with the other NYC traffic police trope – towing. 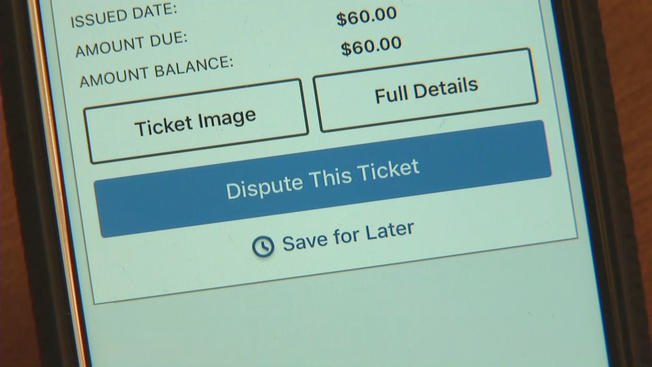 This article contains personal opinions and observations only. The above analysis is not legal advice or advice to break the law.