As a native New Yorker now returned home for good, I feel it’s time to begin making my civic contributions, to start solving the real problems our city faces. Believe it or not, dear reader, I didn’t go to school just to summarize business books that are way longer than they need to be. I aimed to make a real difference in this world. And now that I have this platform of ten regular readers to amplify this message, I feel it’s time to combine my advanced degrees, my Public Policy bachelor’s and my MBA, to solve the real challenges facing the city that I know and love.

Let’s talk about the dangers of unregulated umbrella utilization.

Throngs of people in the most crowded intersections of New York are a norm. But on a rainy day, they become weapon wielding mobs devolved to basic instincts. Survivors duck-and-weave around errant metal supports. The more alpha types deliver full body-checks to fumbling pedestrians who stand in their way. In the worst cases, these incidents can be fatal (I assume).

My last brush with an umbrella in the streets left me changed. The first thing I remember was a wall of black driving towards my face, with only moments to dodge out of the way. I pivoted outward to the right, but too late. A metal prong scraped my chin as I tilted my head sideways to minimize the blow. I turned to see a five-foot-nothing Latina woman striding away with a gulf umbrella big enough for a family. The ratio of umbrella to human was like none I had ever seen. “Assault!” I shouted after her. “That’s assault! Umbrella assault! Assault with a deadly umbrella!” She paid me no heed. Neither did the passers-by. It was, Times Square, after all, where the standards of humanity are at their lowest. And did the police care? No. I was almost temporarily-permanently blinded by a metal spike that could have gouged out both of my eyes simultaneously (I assume). But the police didn’t even create a case file. There are certainly moments in New York where I wish for acute blindness, but this is not how I imagined it happening.

Umbrellas are intended for battling the elements, not each other. There’s only one solution that I can see. I mean that will literally allow me to see past the sea of umbrellas. And that’s umbrella regulation.

Regulation has addressed the same cornerstone issue in the roadways that plague our sidewalks: capacity constraints. As early as 1652, New Amsterdam had speed limits for wagons and carts. Regulating behavior of vehicles makes our city’s pressured capacity more manageable. Providing basic guidance for how to properly use umbrellas, such as up-and-down etiquette and other fundamentals of urban umbrella wielding, could reduce accidents and unlock sidewalk capacity, just as road vehicle regulation has.

As it stands now, with no rules to give order to umbrella traffic, you take your life into your hands when you turn a corner blind on a rainy day. 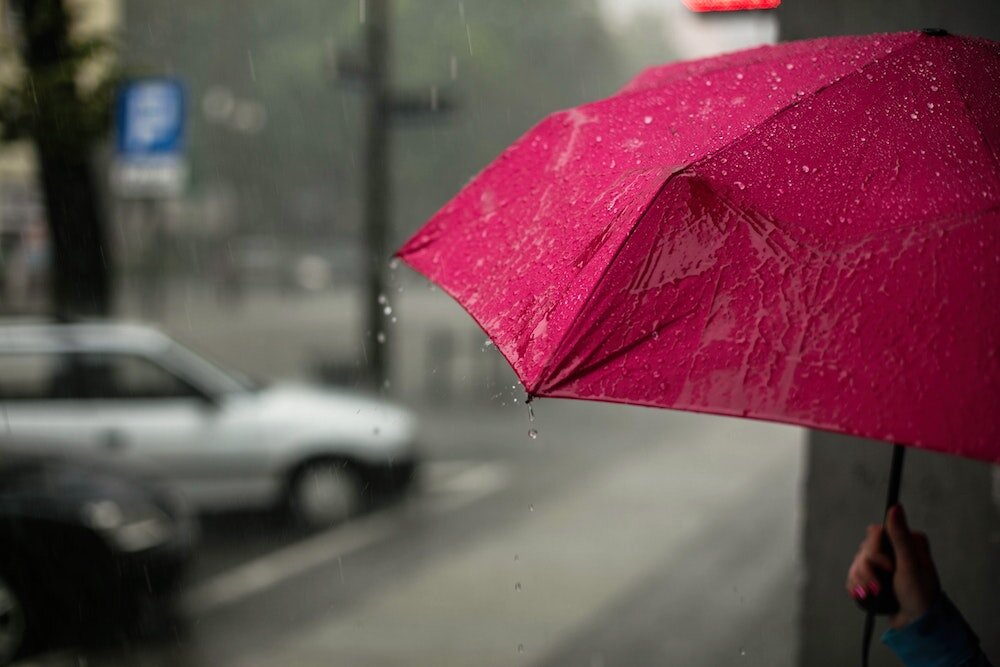 There is literally nothing more dangerous than turning a corner in the rain in New York, according to recent statistics. Umbrella related eye gouges are up 14% since 2009 (I assume). The positive trend line below can only be umbrella traffic accident reporting, since no New Yorker actually drives.

According to careful research conducted by NYAEG, New Yorkers Against Eye Gouging, umbrella accident incidence rates would be dramatically reduced if we introduced transparency and scale requirements.

Regulation has a bad reputation because often there is a lack of transparency. But transparency is exactly what we need in New York. Specifically, we need transparent umbrellas. On a normal NYC day, you can see up and down city avenues for miles. But on a rainy day, visibility is reduced to legal blindness by a sea of black umbrellas. All because umbrellas are too freely distributed.

Short people usually get the short end of the stick. When it comes to umbrellas, that seems only reasonable. Yet like Napoleon’s land grab across Europe, the vertically challenged demand sidewalk space beyond normal proportions. It’s getting out of control. The other day I saw a four-foot tall woman carrying a circus tent. An actual circus tent. We need to bring reason back to how we allow sidewalks to be used.

The automotive industry has solved the challenges of transparency and scale. Headlight standards ensure visibility for all drivers. Classes of license ensure that a driver can handle the size of the vehicle they are navigating. We can do the same with umbrellas. We must make transparent plastic the standard material. And we must limit umbrella sizes by mastery and height requirements.

Below is a simple system that could be implemented immediately.

Standard issue umbrellas for the average height would have the following dimensions. 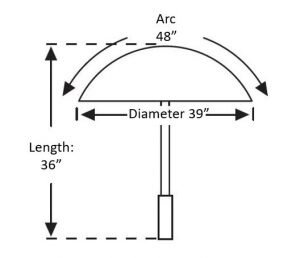 Each standard deviation from average height would result in linear size increase or decrease to the umbrella issued, while maintaining the same aspect ratio.

Of course regulation is nothing without enforcement. And so I propose that the NYPD create a special task force, with the Rainy Day Fund, to ensure that people are wielding the appropriate umbrella for their license. Penalties for law breakers should start at 2 -3 years in prison and a $5,000 fine.

Now I’m sure you’re thinking, what about advanced umbrella wielders? Why deny them the colorful expression of opaque umbrellas? We need to hold a high bar for such luxuries, considering the public risk posed by opaque umbrellas. These pedestrians need to be Formula 1 quality, people who can puddle-jump and pirouette like a Broadway dancer trying out for Singing in the Rain.

You also might think, what about mothers with children who don’t qualify for Class G licenses? There is no limit to the number of times adults can apply for licenses, for a low $20 fee, to cover the test and the cost of a street umbrella. Children can get a learners permit at age 16. We need to think about public safety above individual convenience. It may seem over the top, but that’s the point — to see over the top. I want to see over the top of everyone’s umbrellas. Those who just can’t meet the new city standards, will just need to invest in a good raincoat. For those folks, I can recommend a great one.

A vision for the future

Regulation adds efficiency when you’re at capacity, and New York sidewalks will always be at capacity. With such a longstanding problem, I have to wonder, where is de Blasio’s leadership? He’s too busy running for president. Too busy to imagine a world where rush hour swells at sidewalk intersections looked like lanes flowing smoothly rather than a fan of people taking both the right and left of the sidewalk. (I’m looking at you, New Jersey commuters at Penn Station.) This is the world we could have, with effective umbrella regulation.