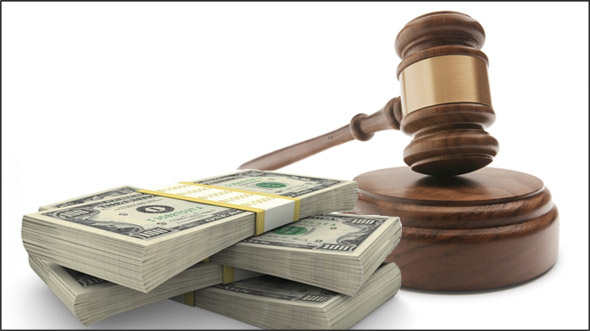 Governor Cuomo came out swinging back against New Yorkers who have criticized the tax breaks associated with the Amazon HQ2 deal – which will bring half of a second headquarters to Long Island City, New York. Where The New Yorker calculated the tax break to equate to each New Yorker Venmoing Jeff Bezos $348, Cuomo compared the deal to getting 90% of the taxes we would have otherwise foregone. So which is it? Well, both. New York has won a battle but is losing a war, a war that it did not need to enter. More specifically, we have set a negative precedent in a repeated game, where states are shooting themselves in the foot with a tit-for-tat strategy, trying to out-discount each other to woo over corporations.

Planet Money framed the dynamic best in a case study of Kansas vs. Missouri. Kansas City sits squarely across both states. And year after year, one corporation or another has pit the two states against one another as they choose which side of the city to operate in. “The states want to keep these companies. So they’re slashing taxes. And they are digging themselves deeper into a hole. That tax revenue is going to pay for stuff like roads and schools and police.” King and Vanek Smith reported education budget cuts in Kansas in the order of magnitude of tax breaks offered to AMC Theaters, Applebees, and the like. This particular state rivalry has resulted in losses for both, consistent with tit for tat game theory. In a tit for tat game, participants always mirror the last actions of their counterpart. So if the state across the way holds their taxes stable, you can too, but if the rival state offers a tax cut, you automatically do as well. Cooperation results in the best outcome for everyone, and confrontation results in net loss over time for each player.

Another game that the Amazon HQ2 competition resembled is the dollar auction. By calling cities to compete for the second headquarters, it appeared to have triggered loss aversion as 238 municipalities invested monetarily and psychologically into the dog and pony show. The aforementioned Kansas City, Missouri’s Mayor wrote 1,000 Amazon product reviews to attract Amazon’s attention. Chicago hired William Shatner to voiceover their promo video. And tax incentive offers abounded. In short, it appears that cities across the nation were drawn into a version of the dollar auction, a type of auction where bidders are willing to pay more than a dollar to win…a dollar. This is because the consequence of not winning the auction is to pay the amount you bid (read: the amount you spent on marketing and political showboating). This potential loss triggers the sunk cost fallacy for many. Sufferers of the sunk cost fallacy continue playing a losing game because they have already invested time and money into the game, despite the lack of evidence that they will make a return on any additional investment.

Cuomo’s argument boils down to two points: every state gives incentives, so New York has to, too; and yet New York is so attractive a place to be that it did not have to offer incentives nearly so big as what others did. Well, there’s an obvious tension between those arguments. New York is indeed enticing enough to attract all the other west-coast tech giants to build big offices: Google, Facebook, and Microsoft. They didn’t get big tax breaks to come here. But we’ve certainly set the stage for them to come with the begging bowls in hand in the future. As a city of 8 million diverse and talented inhabitants, a bidding war is not a game New York has to play.