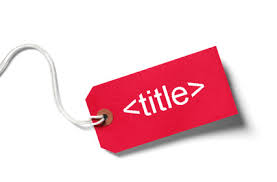 Human resources department across America have been forced to ponder William Shakespeare’s question as the demand for and supply of creative titles has proliferated in our millennial-filled workplaces. Titles like “ninja”, “rockstar”, and “magician” have become common place. This shift in corporate and startup culture alike provokes the question of how much titles influence behavior, and vice-versa. Psychology and history both have something to say about this question.

Titles vs. labels vs. names

Titles are an indication of what an organization ascribes to your role. And it could be argued that names and labels play a similar role of indicating expectations of an individual. So we will explore the history and research of the impacts of each.

What is in a name?

Names hold great significance in the Bible and Torah, indicating family history, identity and personality. Re-naming in both books also indicates a transformation in the person’s life. Still, it is not entirely clear from the stories what to conclude about the roles of nature and nurture, whether the name shapes one’s destiny, or whether one defines the ultimate meaning of their name.

Recent academic research by Steven Levitt of Freakonomics posits that there is no relationship between a person’s name and their life outcomes. This is colorfully illustrated by the stories of Winner and Loser Lane, brothers whose life outcomes were opposite to their birth names. Loser was a winner, a star student and athlete who joined the NYPD. Winner was a loser, living a life oscillating between incarceration and homelessness.

Adjacent to names are “labels”, categorizations that we place people in. And labels have been seen to have significant effects on perception. According to the linguistic relativity hypothesis “the words we use to describe what we see aren’t just idle placeholders–they actually determine what we see.” Social psychology research has demonstrated the impact of labeling on social treatment. In a 1963 study, Rosenthal and Jacobson found that teachers labeling students as “smart” or “slow” changed their academic trajectory, positively impacting the IQ of “smart” students by 10-15 points over the course of a year. They called this impact the expectancy effect: once you label someone something, you expect that attribute of them, and you perceive and encourage more of what you expect.

Popular wisdom posits that job titles are closer to labels – they affect how people treat you inside and outside of a company. With half of Americans gaining their sense of identity from their job title, many individuals are giving power to their titles to impact their sense of importance and self-worth. Yet this does not need to be the case; one’s actions and implicit role can shape perception of titles more than the title itself.

The history of the title “president”

The role of president was intended to be fairly minor at the outset of the American republic. When deciding the title of our founding father, George Washington, The House of Representatives was adamant that he have a simple title. Whereas the Senate proposed “His Highness, President of the United States and Protector of Their Liberties”, the House demanded removal of any attribution resembling monarchy rule. “President” was reasonably diminutive; a local bridge club could have a president. The title simply meant a person who presided over an organization.

Yet over time, the role and how the president has acted has changed the meaning of the title. Today, there is much less distance from the term “king” as was originally expected and intended. In part, the actions that presidents have taken have given them greater authority. FDR’s New Deal created an era of big government, also attributing greater responsibility to the president. Nixon was said to have expanded the power of the president beyond that of any predecessor, expanding decision-making in foreign affairs and exercising greater budgetary and programmatic power. Beyond how presidents have shaped the power of the office, the office came with inherent authority to set priorities and issue rules, which drove a natural evolution of the office. In other words, the office was always intended to have significant power.

Your title, your role

Whether your title confers great responsibility to you or not, you will have opportunities to shape your own role and story in your work. Yes, your title will impact first impressions and expectations inside and outside of your company. But no one’s abilities, role, and trajectory are completely summarized by their title. So call yourself Wonder Woman if it get you up in the morning, as long as you are living into a fulfilling role and not being limited by it’s titling.